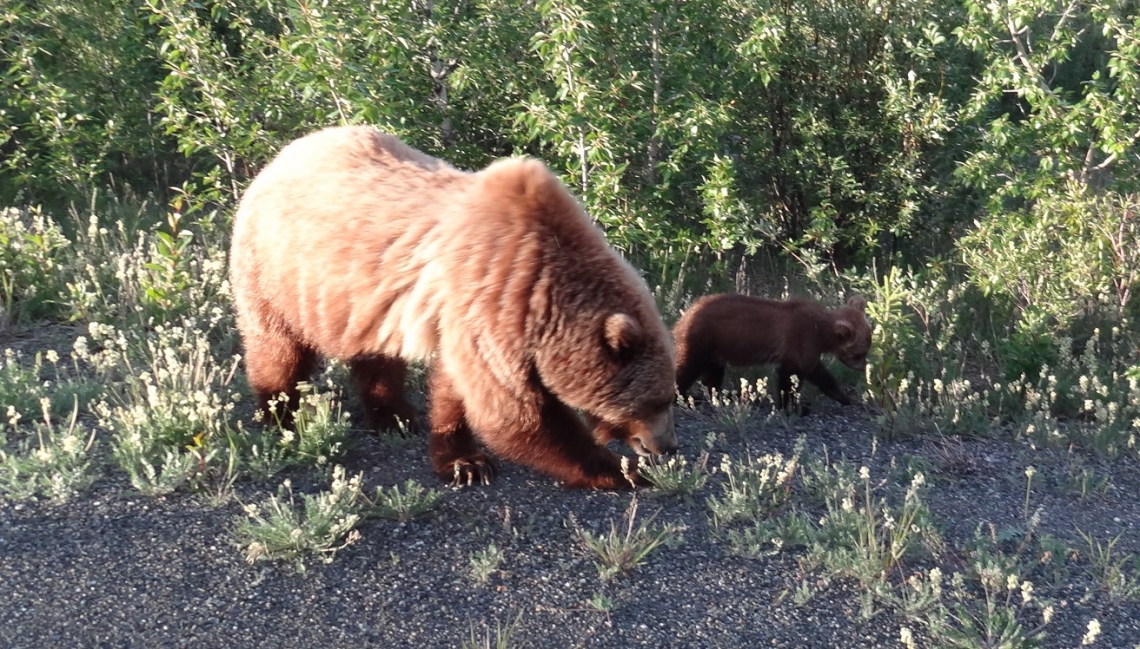 Grizzlies feeding on plants such as dandelion is a common site along the Alaskan Highway at this time of year. These photos were taken roughly 80 kilometers south of Discovery Yukon Lodgings, on return from a trip to Whitehorse. The mother bear was quite small, provoking our curiousity about some facts surrounding grizzly reproduction. Here are some details that we think you will find interesting.

Mating between grizzlies occurs between May through July, however, the embryos will not begin to develop in the mother until she begins winter hibernation. Female grizzlies can begin bearing young as early as 3 years and as late as 8, averaging around 4.5 years. Litter size can vary between 1-4 cubs, with an average of 2. Cubs are born in the den in late January or early February. When born, the cubs can weigh only a pound or less, but quickly reach up to about 20 pounds by the time they leave the den. The cubs will remain with their mother until they reach 2-3 years of age, at which point the mother is getting ready to mate again and begin raising another litter.

Interesting fact: Cubs from the same litter can sometimes have different fathers. 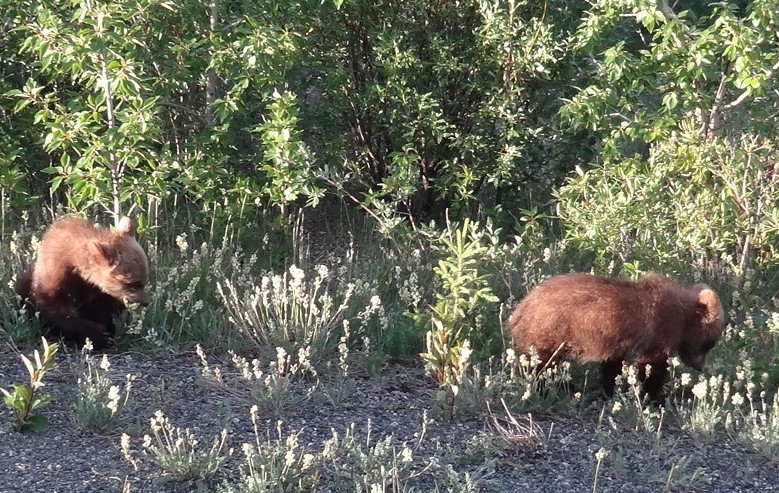