The Land of the Alaska Highway

While traveling the Alaska Highway, it appears there is little more than large expanses of spruce woods, sub-alpine rivers, lakes and occasional areas of burn.  These are only a few of the ecological communities we have, each one richly abundant with their own range of inhabitants.

It is the peace and solitude of the location which makes its first impact, an oasis of calm and tranquillity at the edge of Alaska’s only inland route, which runs from Haines, Alaska to Port Alcan to the hunting and fishing grounds of another vast wilderness state. The expansive and panoramic untouched landscape is a sight to behold. We are situated in the mountains, looking around at the surrounding peaks. The landscape around us has been greatly affected by the retreating glaciers, resulting in expanses of gravel stream beds colonized by yellow dryas and broad leaved willow herbs, alpine meadows with carpets of western anemone, yarrow and blue bottle gentian, boreal tundra thick with kinnikinnik. 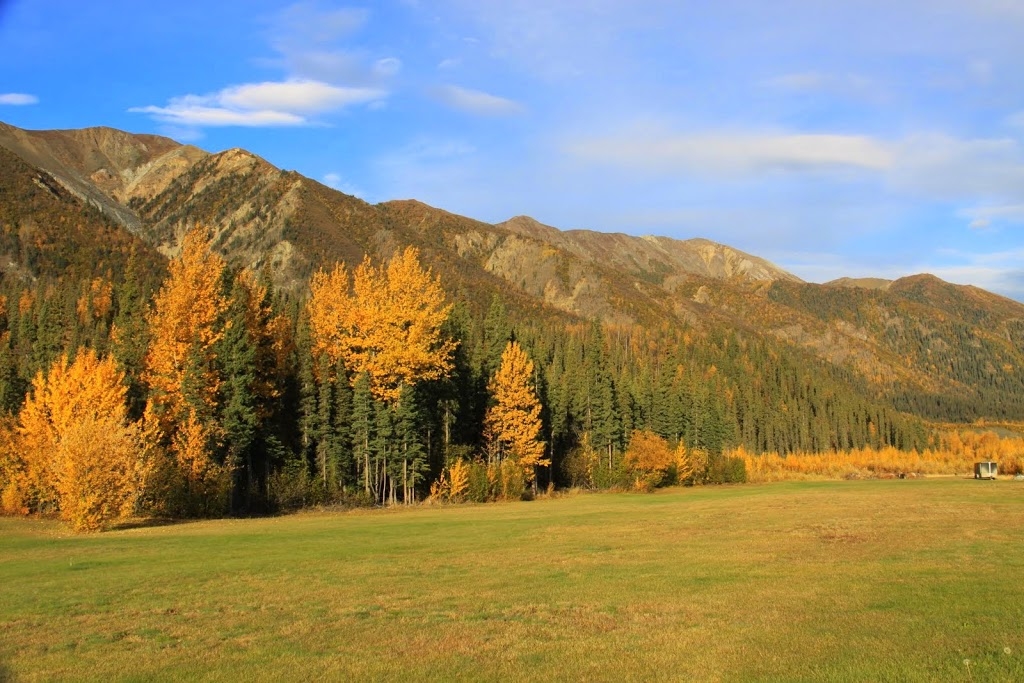 The tundra is the world’s newest habitat, dating back only 10,000 years.  It is also the coldest and driest biome in the world, encompassing the North Pole and down to the tree line in most of Northern Canada.

Boreal tundra is a harsh environment. Total precipitation in our area, including snow, averages 18 inches annually, with 8 months of seriously cold weather.  Average winter temperatures are around -34oC (-29oF), but can plummet to -70oC (-94oF) for weeks on end.  The growing season is short, approximately 65 to 70 days between spring and fall frosts. 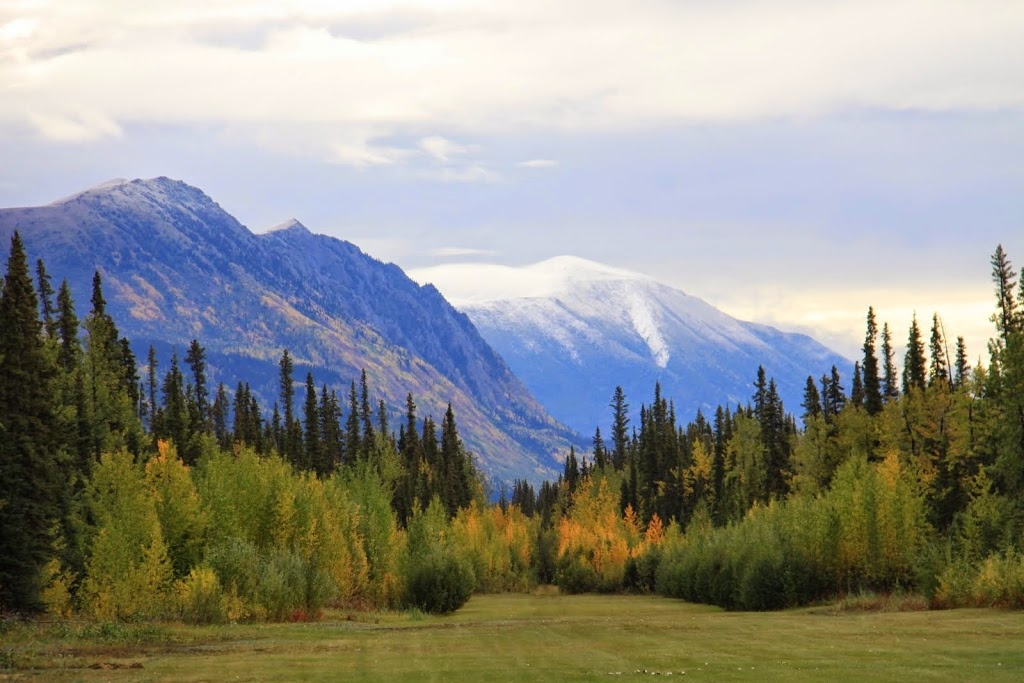 As you drive the Northern section of the Alaska Highway, you will notice that in certain areas the trees are extremely stunted, being only three to four feet tall.  Contrary to what you would assume, these are not newly planted areas; in fact the trees could be hundreds of years old.  It is indicative of an extremely thin layer, probably no more than a foot, of vegetative matting which forms the only soft earth the trees have to root into; under which the ground is permanently frozen, to a depth of hundreds of feet in places.  Within our property the soil depth varies from about 18” to as much as 3ft in places, above the frozen ground.

This manifests itself into areas of poor drainage once the snow melts, and you will see this when you visit us at Discovery Yukon Lodgings; literally hundreds of lakes and bogs form during the summer.

The thin layer of soil is colonized by a small variety (approximately 1,700 species) of shrubs, sedges, mosses, grasses, flowering plants and a few trees. The soil is hungry and acidic. Many of the plants that thrive in these conditions are nitrogen fixers, providing nutrients for other plants, which are supplemented by animal droppings.

Low temperatures reduce the speed of the decomposition of the plants as they die and rot. This makes the tundra’s vast boreal forests scientifically important as they store vast amounts of carbon; which assists in regulating climate change. 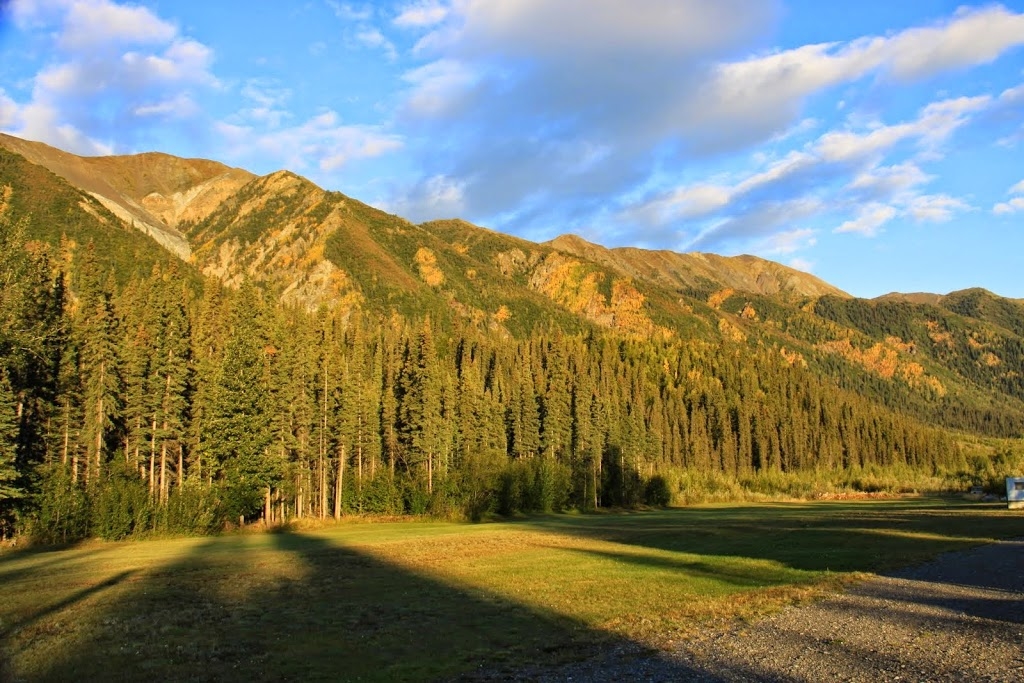 In the summer, the numerous lakes and bogs are the breeding ground for millions of mosquitoes and other insects. These in turn attract a wide variety of migrating birds for the summer feeding frenzy.

Despite its severity, the boreal tundra has sustained communities of indigenous people in the Yukon and Alaska for thousands of years. They have learnt to provide shelter, food and clothing as well as treat their ailments from its resources, and respect what this landscape has to offer them.

One of the world’s last remaining untouched treasures is our boreal tundra. Why not come and experience what is has to offer for yourself?

At Discovery Yukon Lodgings, we are fortunate to have myriad glacial fields and mountains in our surroundings, one of which is Mount Logan, Canada’s highest peak at 19,500ft. The property is nestled at the base of the mountains of the Kluane Park Preserve, which itself is part of a UNESCO World Heritage site named Kluane/Wrangell-St. Elias/Glacier Bay/Tathenshini-Alsek. The area was colonised by different tribal groups, mainly Athabascans, before foreigners arrived in the late 1800s seeking out communities to trade with for furs. The melting of the snow in spring and the melting of the glaciers in summer have a profound effect on the water rushing down the rivers and on the surrounding landscape, allowing plant, animal and bird life to flourish again after the harsh winters.